This game seems really nice! Too bad it's a flash game though :< (RIP flash)

Hey dev, you already should remove this game on flash version, it's not updated and nobody can play on the browser :) 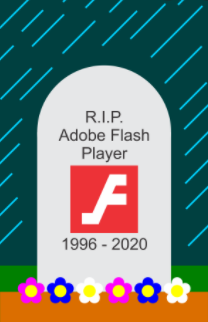 how do i get money

get a job, its simple

how get job tho.

go to a meeting or something

lol i love this conversation

i cant play because its a flash game, fix this please

how to i get past funeral

I can't play the game because it requires flash player.

how do I get past coffee?

i want this freee  :c

wht do i do in park

i dont get it

I'm sad this got removed from the bundle. This was one of the games I bought the bundle for. :(

SJWs demand i be paid for my work.

(You can contact the bundle organizer to attempt to rectify this.)

I can't buy the full version

Just curious, why was this removed from the Bundle for Racial Justice and Equality?

Looking at the comments below, it seems like a bunch of people were upset at the game including a joke about autism. Maybe that is why.

I think I missed that one. What was the joke?

It's because he made V-Tech Rampage.

Good thing i redeemed it before it was removed

Yeah below people got pissed at the GRAPHICAL SETTINGS. Not even the game itself....

It doesn't show up in the games list of what's included in the bundle (in my library under bundles), and when I posted my comment when the bundle was still active it didn't show the "included in bundle" banner. It's a shame, your game looks pretty fun!

I'm not sure if you've bought the bundle yourself, but if not, you can check all of the available games on this site (Social Interaction Trainer doesn't show up when you search for it, and I saw quite a few spreadsheets on Reddit that said it was removed)

i didn't ask for it to be removed and no one from itch has told me it was removed so im not sure why it wouldn't be in there. i'll look into it.

Just found out that it was removed by Itch.io themselves, because you've made V-Tech Rampage

Damn, itch.io sure did own him by uh... effectively undoing his contribution to an act of charity? And forcing anyone interested in playing this game from its exposure in the bundle to instead pay full price straight to him?

It's probably because it also doesn't really touch on those topics much, but idk

This game needs to be updated for the most recent Android. It keeps crashing when I pass the park level

Is there an error message?

Not at all. Is there a way I can send you a screen recording of what happens?

I was looking forward to playing this game only to see you mock autism in a way that doesn't even make sense. What the hell. That's so tone deaf.

I just came here to complain about the mocking of autism. Got the game in the BLM bundle. I'm autistic and yeah, if you could not use us as a punchline, that'd be great

I feel exactly the same. I have autism and think it's pretty BS. Also, it doesn't indicate which is better graphics either. I don't get it.

Yeah. I am behavioral therapist and teach skill aquistion to autistics/ people with autism (I am writing this at work so I feel compelled to use both. I am sorry if this is wrong to anyone) and developmental delays. I got this with the BLM bundle as well. I was like "Oh! Maybe there will be something I can use here." I stopped when I realized it wanted eye contact.

Yeah this is definitely not a educational game unless you're trying to learn how to talk shit in bogan.

A reviewer, back when it was on Steam, allegedly was the parent of a child with autism who got it for them and was thanking me for the teaching material and i'm just |  ಠ  _◺ ಠ|

Oh no! That makes me cringe. My son is autistic and he walked in when I was testing it. When he asked what I was doing I just told him I was looking at something but it wasn't what I thought and closed my computer. We've never made a big deal about eye contact with him and I didn't want him to think anything of it. It was just the title and way it looked that threw me off. It has similar graphics/look to some other programs I have seen.

let's uh... NOT make fun of autism in the graphical settings, thanks? how is this $4,?

nice job mocking autism. i got it from the blm bundle and honestly i can't imagine spending $4 on this solely.

i got this game from the blm bundle and when i started it up my options for resolution for "Resolution autism", "normie" and "FPS autism"

I feel you dude. I got the game in the bundle and fired it up, saw the graphic quality options and I gotta admit I'm kinda uncomfortable.

If the dev is autistic and poking fun at themself it doesn't come well across text, or if the dev isn't autistic and just making fun of those of us who are then... yikes!

I just looked up the developer to see if he said anything about it, and I got a news story about how he made a Sandy Hook video game, so there's that. https://www.dailymail.co.uk/news/article-2510991/Ryan-Jake-Lambourn-Sandy-Hook-video-game-Virginia-Tech-Rampage.html

Not a very fun game, even for the low price point. The concept is interesting, but the gameplay is just frustrating and it's a struggle to make sense of it. I think that the fact there's so few guides or assistance are a testament to that. It just comes across as not intuitive. Like, in one level, suddenly you can pass gas. It's not explained until you do it and ruin the level, and then several attempts later, you'll get a hint to cross your eyes in order to avoid passing gas. There's no way to figure this out without this hint, and you have no idea when you're about to pass gas so you just need to cross your eyes randomly.

I finally gave up on the Work level where you had to read notes, which I eventually figured out was done by crossing your eyes back and forth over the notes, which nobody really does. But you also have to make eye contact with your coworkers, but not so much that you've slowed down the reading of the notes. It was just intensely irritating.

Also for a game that's supposedly meant to be a way to help social interaction, perhaps for people with social anxiety or another cognitive disorder, labeling the graphical modes as 'FPS autism' or 'Resolution autism' seemed disastrously tone-deaf.

Me: Looks at guy interrupting my date

Also, whenever I do anything after the big bitchy guy annoys me, either I look(act too strong) or be natural(too weak) WTF?

look to the left when its your turn to reply.

why was this game removed from steam anyway?

Because there was this problem with the developer asking people for real money for unlocking an achievement https://www.reddit.com/r/Steam/comments/5c56et/game_developer_auctioning_off_inf...

That is not the reason i took down my games from Steam. Steam is just a terrible service that i couldn't work with anymore.

I successfully bought condoms and made sensual love by wildly rotating my eyes in demonic possession the entire time.  Next time I am in this situation, I will now know what to do.  Thank you.

just keep staring
NO NO DONT STARE THAT MUCH
be natural you know, like completely natural at it
NO THIS ISNT NATURAL WHAT ARE YOU DOING

Cute, funny, and fun! It's fun to try and solve the puzzles.

how do i finish park

What I did was look at the guy for a bit whenever I talked, looked around for a few seconds when he talked, then did the cross-eye bit.

Doesn't even work bruh!!! WTF is wrong with this game?

Whenever I look away it just fails

I had a pretty good experience with the game, it was funny, fun, and somewhat informative. I now know not to stare down people in public, not make fun of the disability of my dead boss at their funeral, and many other things. It did get frustrating after a little while, as I did not understand the last part of the Funeral  level. It was still fun nevertheless.

hello I bought this game on steam and when they removed it from the store they said they were going to give us a key and they never gave it. I have proof that I buy it I want my key to itch.io please help. Thank you for your time

Funny at first,  it gets unnecessarily frustrating and stops being funny after a few levels. Its ok.

how do u pass park

It always says "You're acting weak"

Then we'll both be broke.

You can play it on the browser too..